New Hi-Traction sole to be introduced to Altberg military and police boots between July to December 2022. 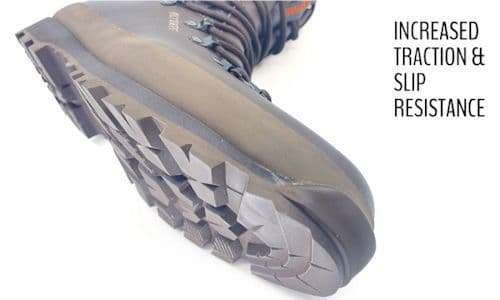 Altberg's new hi-traction police and military sole is made by the sole maker Frasson, who have been making soles for Altberg's specialist boots for the past 25 years. 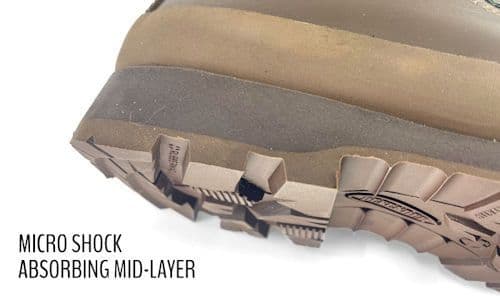 The new Defender Hi-Traction sole has a more 'grippy' rubber which when combined with the strong cleated tread pattern, gives good traction and slip resistance. 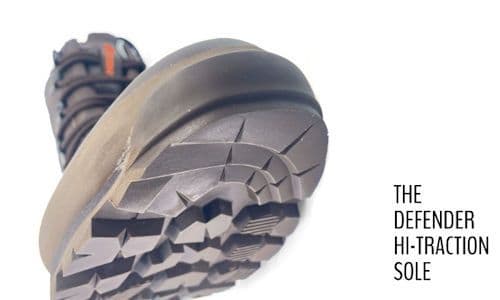 The high traction rubber sole is combined to an ultra lightweight micro shock absorbing sole mid-layer. This is a tried and tested combination used by Altberg for many years.

The tread pattern of the Defender sole is designed specifically for rough terrain as well as urban use, typical of the terrain and conditions encountered by military and police on active service. 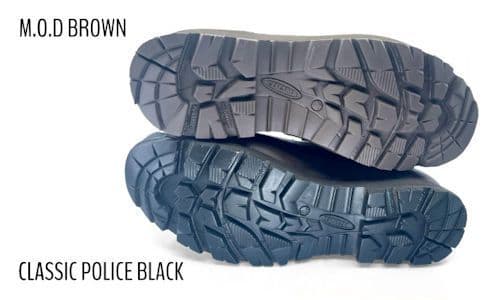 In March 2022, Altberg took the decision to change many of its police & military boots on to the Defender sole.

The Defender sole was developed and refined during 2019-2022. It's performance on selected military and police boots has been so good that in March this year, Altberg decided to use the Defender sole on the majority of its police and military boot styles.

NOTE - Walking/hiking boots will continue to use the Vibram sole until 2023 when it will be reviewed.